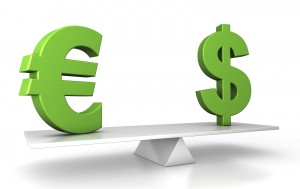 If you are new to Forex trading, you might want to know how does trading currency work. Before you can understand the process, you need to know some basic information of a currency pairs. In this blog, you will learn about it.

Basically, trading currency is a process of exchanging one currency for another, so each currency trade is actually two transactions happening at the same time. One currency is bought while the other is sold. The quote of a currency pair represents the number of units of one currency that are required to buy or sell the equivalent amount of the other, based on the given exchange rate. For example, if the exchange rate between the Euro dollar and the US dollar is $1.31, a trader may purchase 1.31 US dollars for every one Euro dollar, or she can buy one Euro dollar for every 1.31 US dollars. Your goal as a currency trader is to hold the currency you believe will gain value against the other currency quoted in the pair. It really is as simple as that.

Some currencies are not directly quoted against each other; rather, they are synthetically traded by combining two different pairs. These pairs, known as cross-pairs, include currency pairs such as GBP/JPY, EUR/JPY, EUR/CHF, and GBP/CHF. When a trader

executes a trade to buy GBP/JPY, the trade is really constructed by buying GBP/USD and selling USD/JPY. The dollar component of this trade is equalled out and the trader ends up buying GBP and selling JPY. Because these pairs are constructed with two different currency pairs, the spread or cost to trade a cross-pair is significantly more than a typical major currency pair, such as EUR/USD.

How a Currency Trade Works

The way a currency is simultaneously bought and sold during a trade is confusing for many new traders, so an example will help clarify this confusion. Assume that you are interested in buying the British pound against the US dollar, which is listed as GBP/USD . The base pair is the British pound; the quoted pair is the US dollar. If the quoted exchange rate is $1.59 and you are trading one standard lot of currency, it will require 159,000 dollars to buy 100,000 pound, or it will require selling 100,000 pounds to buy 159,000 dollars. Since we are interested in buying the pound, we want the exchange rate to increase, allowing us to sell our pounds at a higher rate for more dollars than we sold to buy the original 100,000 pounds.  Below illustrates how a currency trader realizes a profit or a loss using a single standard lot GBP/USD currency trade. 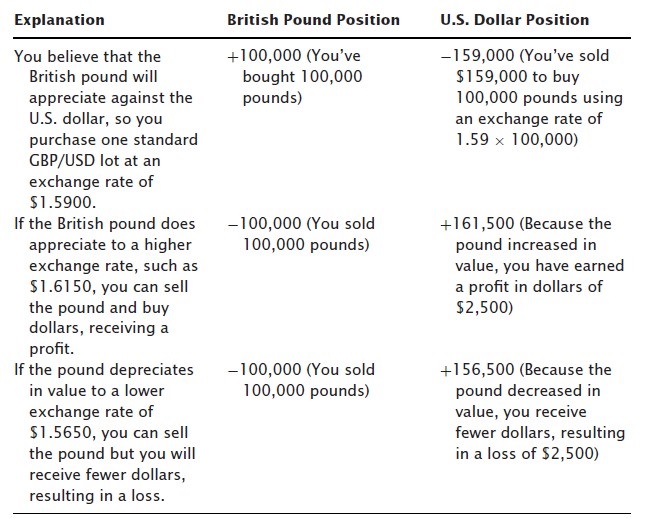 So far you have understand the structure of a currency pairs and the process of trading currency. In the next coming blog, I will share with you on some of the terms used and understanding currency quotes.

If you have any feedback regarding the above article, please leave a comment and I will response to you as soon as possible.

View all posts by Khoo Michael

One thought on “How does trading currency work?”

This site uses Akismet to reduce spam. Learn how your comment data is processed. 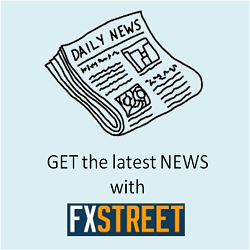 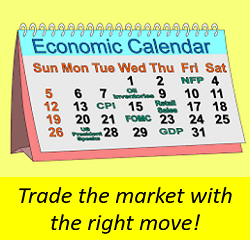